The Normandy American Cemetery and Memorial in France is located on the site of the temporary American St. Laurent Cemetery, established by the U.S. First Army on June 8, 1944 and the first American cemetery on European soil in World War II. The cemetery site, at the north end of its half mile access road, covers 172.5 acres and contains the graves of 9,387 of our military dead, most of whom lost their lives in the D-Day landings and ensuing operations. On the Walls of the Missing, in a semicircular garden on the east side of the memorial, are inscribed 1,557 names. Rosettes mark the names of those since recovered and identified. 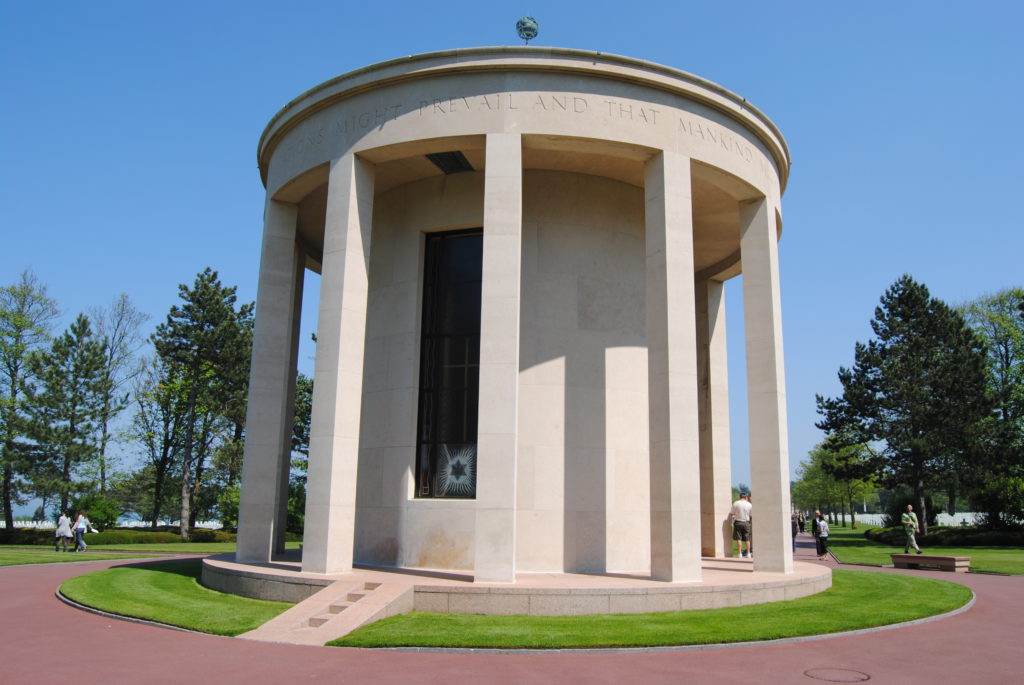 The memorial consists of a semicircular colonnade with a loggia at each end containing large maps and narratives of the military operations; at the center is the bronze statue, “Spirit of American Youth.” An orientation table overlooking the beach depicts the landings in Normandy. Facing west at the memorial, one sees in the foreground the reflecting pool; beyond is the burial area with a circular chapel and, at the far end, granite statues representing the United States and France. 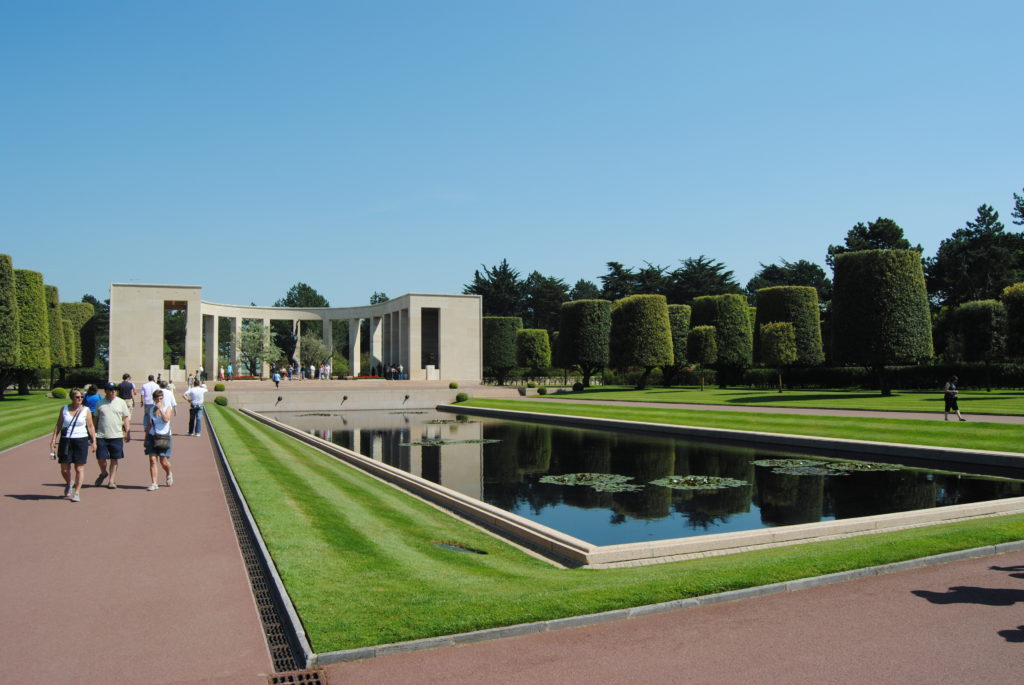 When the cemetery is open to the public, staff members are on duty in the visitor center to answer questions and escort relatives to grave and memorial sites.