Hughlan L. Moore was born March 26th, 1919.
In Quitman, Cleburne County, Arkansas.
He was the son of  Herbert C. Moore & Nora B. Moore. He was the Oldest of 4 children.
He had 2 brothers Earl & Milton and one sister Alline.
Hughlan loved to go hunting and fishing together with his brother Earl.
They were very close. 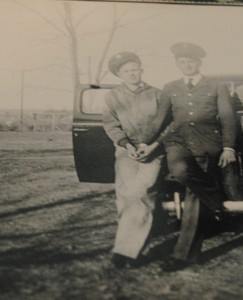 Hughlan joined the United States Army on 2nd of December 1941.
Only 5 days later America was attacked on pearl harbor. 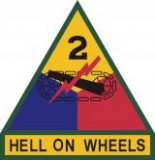 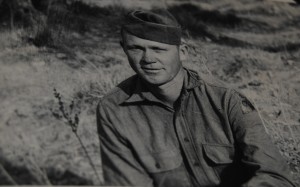 He was assigned to the 41st Armored Infantry Regiment, 2nd Armored Division.
He was a combat infantry man with Co. B.
He fought in Algeria-Sicily-Normandy-Northern France, and the Rhine-land.

He got wounded on 12th of august, 1944 in France. He was hospitalized.
There he got his first Purple Heart.

Hughlan L. Moore got killed in action in Würselen Area.
(recording to his IDPF)
On Saturday 18th of November, 1944.
For the Battle for Aachen, Germany.
He was first buried on U.S. Military Cemetery Margraten, Holland.
On 19th of November,1944. With a wooden Cross on Plot B, Row 1, Grave 12.

On 15th of April 1948 Hughlan was interred in a permanent
American cemetery in Margraten, Netherlands.
He was laid to rest at Plot G, Row 13, Grave 25. In 2009 his brother Earl Moore found his brother grave back trough
the work of a group of school children. See the news article beneath. 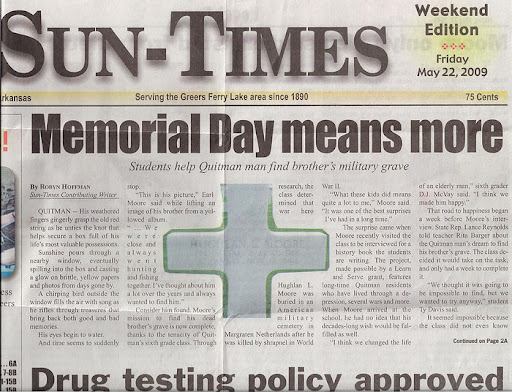 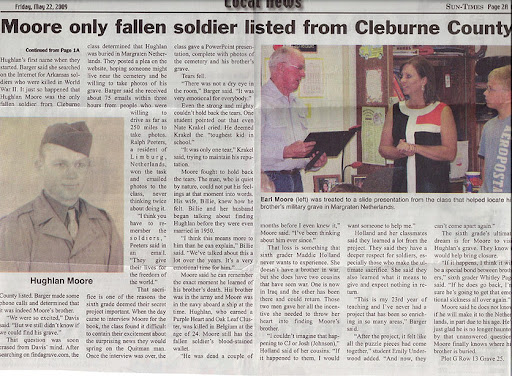 After this story in the newspaper Earl wanted to see the grave.
And together with his son and daughter-in-law and his grandchild. He came to the Netherlands in august 2009 and after more then 65 years.
He saw for the first time the grave of his older brother Hughlan. 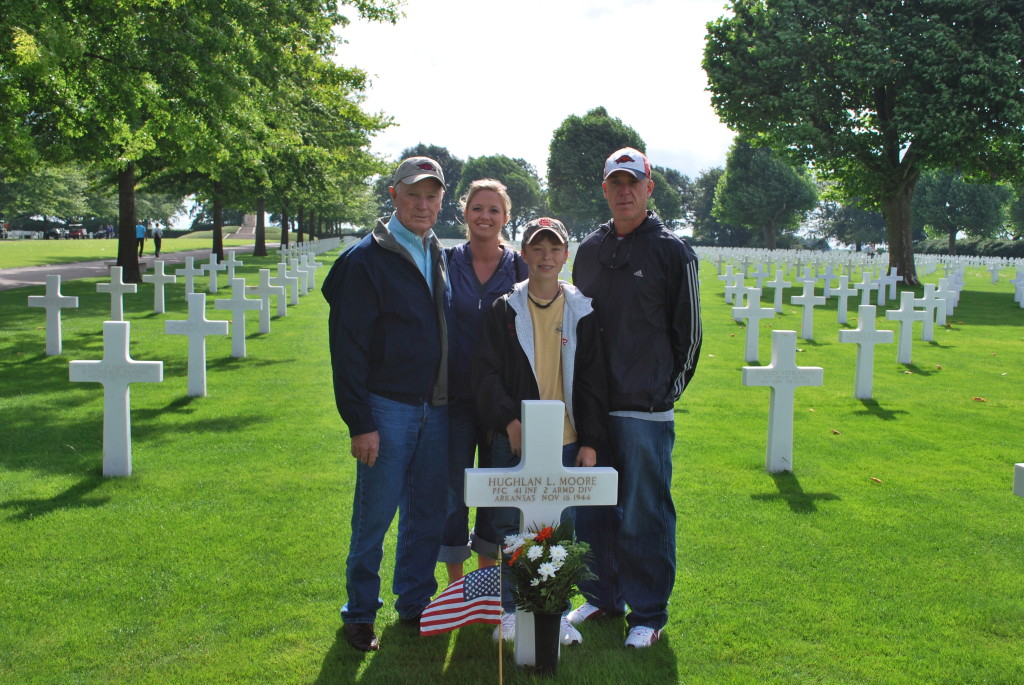 It’s one of the most touching stories I ever was involved in…….
This is a dutch news-article about the trip Earl made. It was in
a local newspaper called Limburgs Dagblad (written in dutch). Also I made a Video-clip of the day Earl visited his brother. Click here to see it.

In the summer of 2010 I went to visit Earl and his family in Quitman, Arkansas.
Spent a lot of time with Earl and his family.
I saw the places he and Hughlan grow up. The house where Hughlan was born.
Also the tree where they would climb in when they where younger.
It was very special to see that and also to hold the personal things of Hughlan what the army had send back to Earl’s father,
like his wallet with the bloodstains on it.
Very touching…. 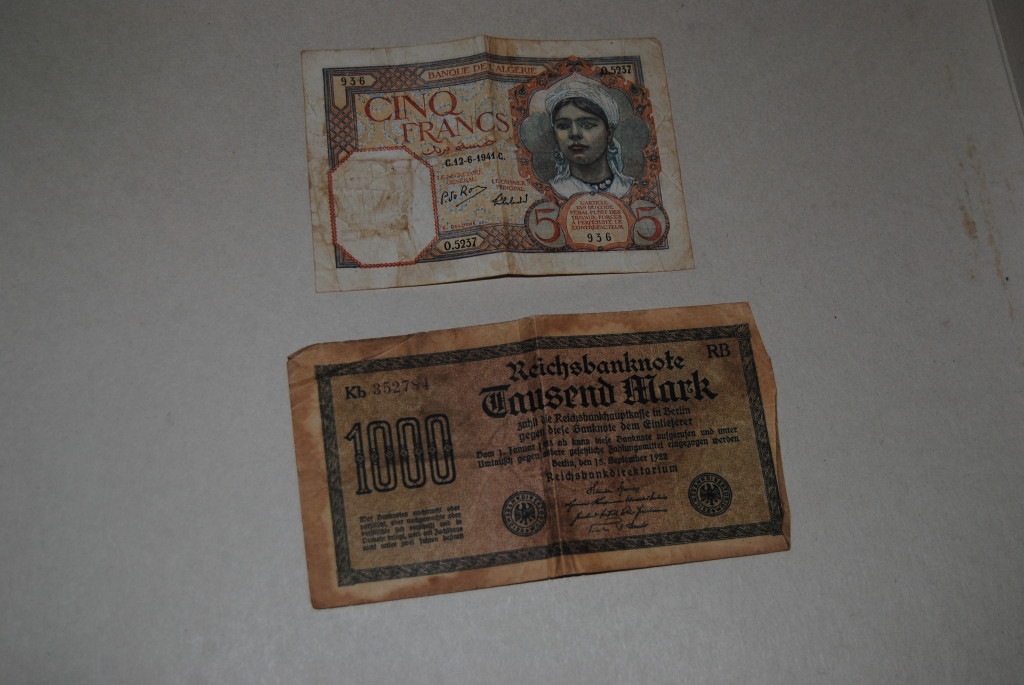