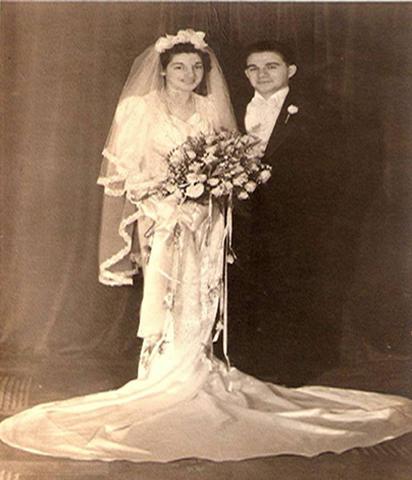 Rose Canulli  was born on November 7, 1920. After Randolph was KIA she remarried on September 29, 1951 to Clayton Conley at Sampson,NY and they made their home in Jamestown, North Dakota.
Rose worked for the Sunshine Laundromat in Jamestown for over 20 years. Rose was a Volunteer at Central Dakota Village for 38 years, where she called Bingo twice a week and helped with special events. Her new husband Clayton was co-owner of Conley Implement and was a building Contractor until his retirement in 1986, He died December 14,2009. Rose died on December 23, 2011. Rose Cannuli’s Brother Pvt. Thomas A. Canulli he was KIA Italy on July 30th, 1943. He was the first American-Italian from Geneva, NY
that got KIA in World War 2. They named a Veterans post to him.
Thomas A. Cannuli Veterans Post #23 in Geneva,NY. Buried at the American War Cemetery in Rome, Italy

Randolph joined the military on April 14, 1943 at Camp Mackall, North Carolina under the command of Lt Colonel Paul F Oswald. Randolph was assigned to Battery B of
the 680th Glider Field Artillery Battalion, 17th Airborne Division.

They moved to the Tennessee Maneuver Area 7 February 1944 then transferred to Camp Forrest, Tennessee 24 March 1944. The battalion staged at Camp Myles Standish, Massachusetts on 14 August 1944. It departed the Boston Port of Embarkation 20 August 1944 aboard the USS Wakefield and arriving in Liverpool, England on 28 August 1944. Men of the 680th GFAB, firing a few minutes after landing at Wesel 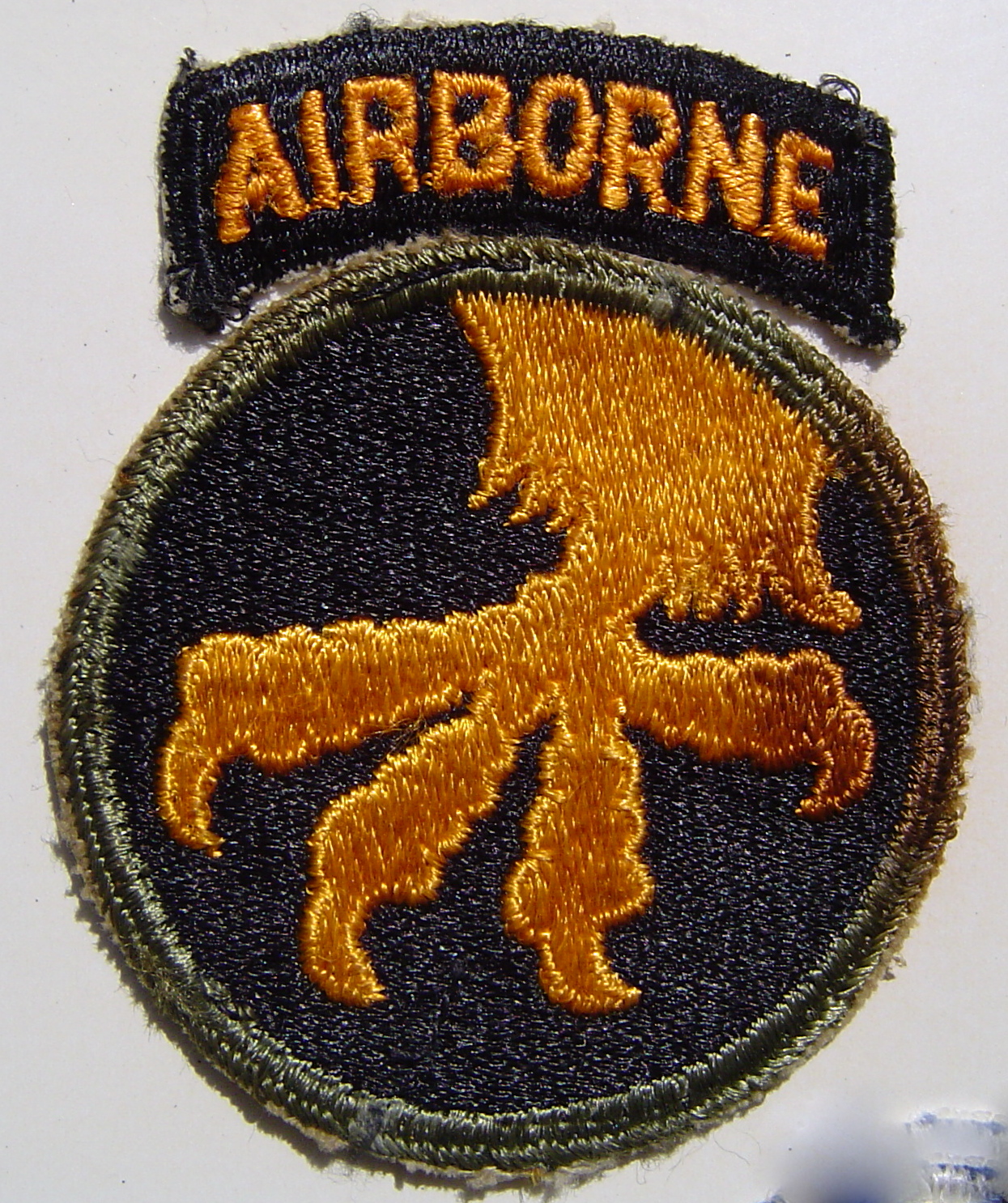 He was Killed In Action In Fluren, Germany on the 24th of March during Operation Varsity the attack on the Rhine river in Germany.

He was buried in The Netherlands American cemetery in Margraten. 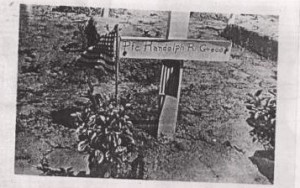 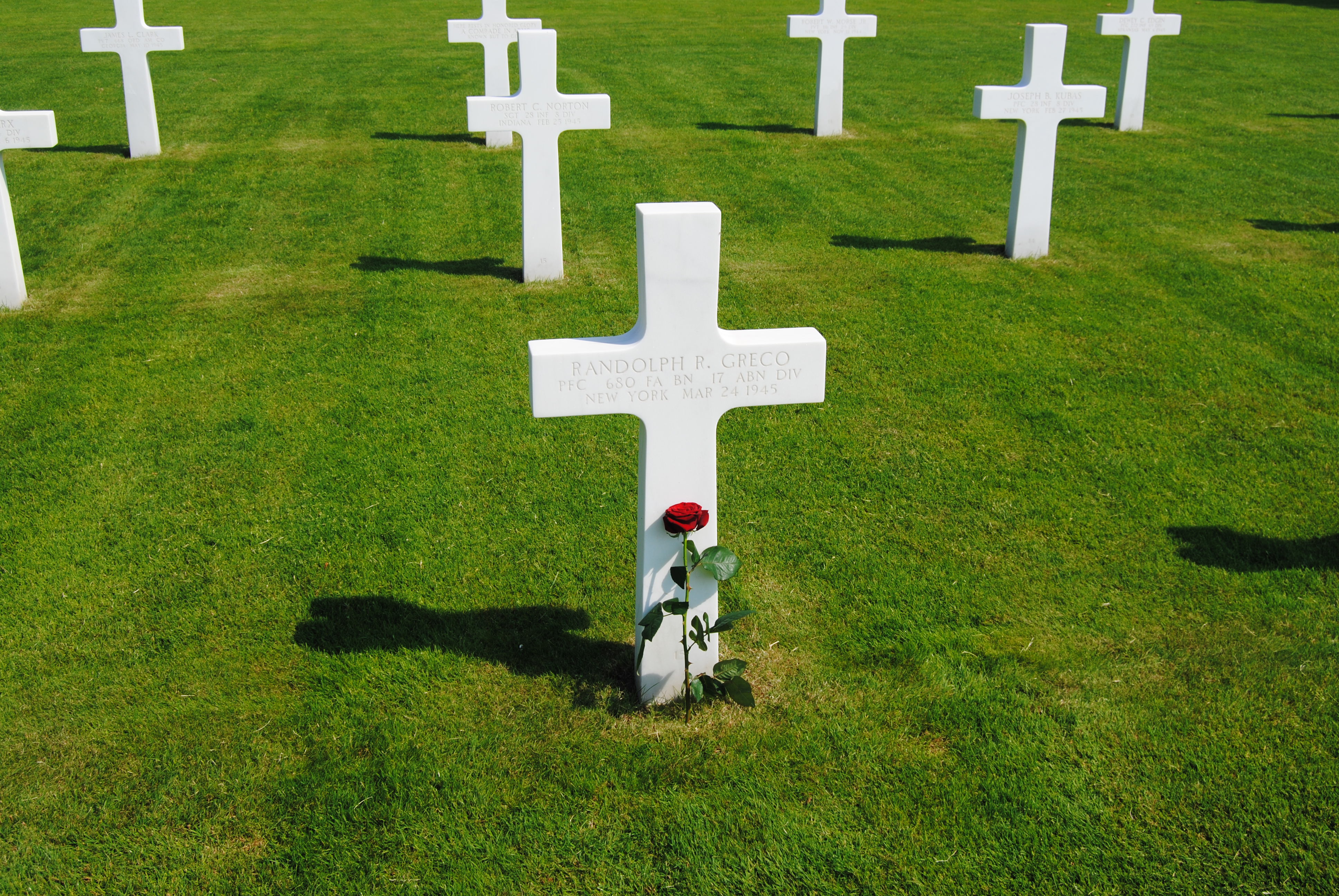