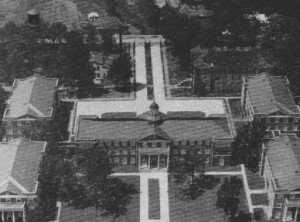 In 1942/43 Fairchild aircraft had opened a new factory at nearby Burlington, North Caroline to built the Fairchild AT-21 advanced trainer. This brought much needed jobs to the area.  Possibly as a result of seeing this, the McCarn family applied for jobs at the Martin Aircraft factory in Baltimore, Maryland. The B-26 Marauder was manufactured at the plant.  Bernice, Nina, and Harold all got jobs at the Martin factory. The family relocated to Baltimore sometime during 1943. Harold’s sister, June, stay behind in North Carolina for her senior year of high school. She graduated in May or June of 1944, and then relocated to Baltimore. Both of Harold’s parents would retire from Lockheed Martin (the successor to the Martin Company). Harold’s mother, Nina, held a top secret clearance and would not discuss her work with the family. 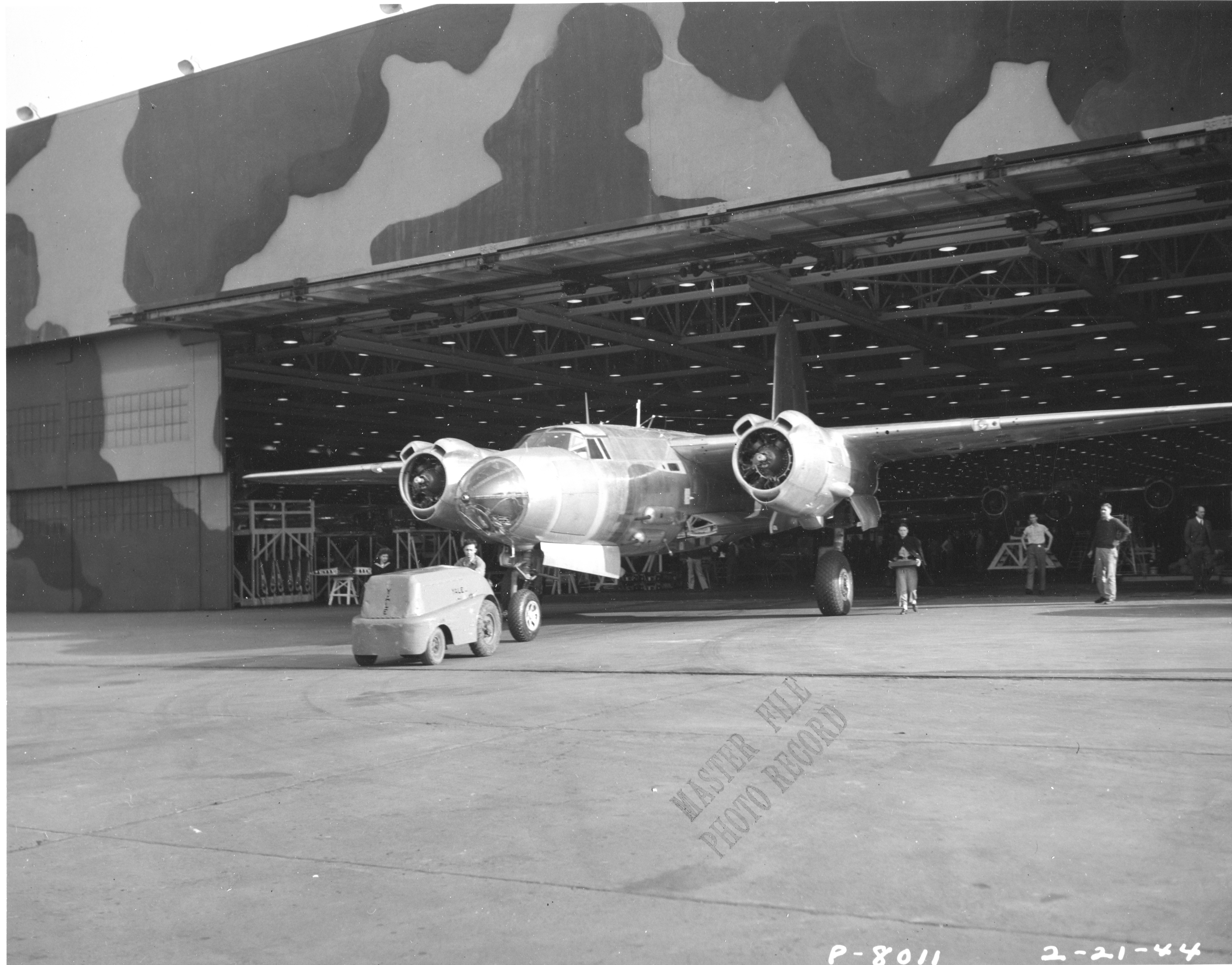 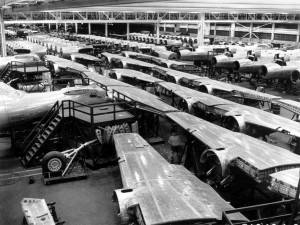 Harold was inducted into the US Army during 1944. His enlistment date at Fort Bragg, North Carolina was June 24, 1944. He was sent to Camp Blanding in Starke, Florida to the Army’s new Infantry Replacement Training Center. 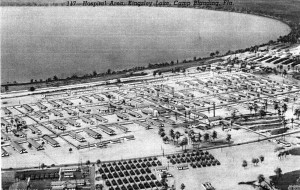 After completing training at Camp Blanding, Harold returned to Baltimore and married Helen Middlestadt in November 1944, immediately prior to departing for the Europe. Harold then traveled by ship to Europe to join the war against Nazi Germany. 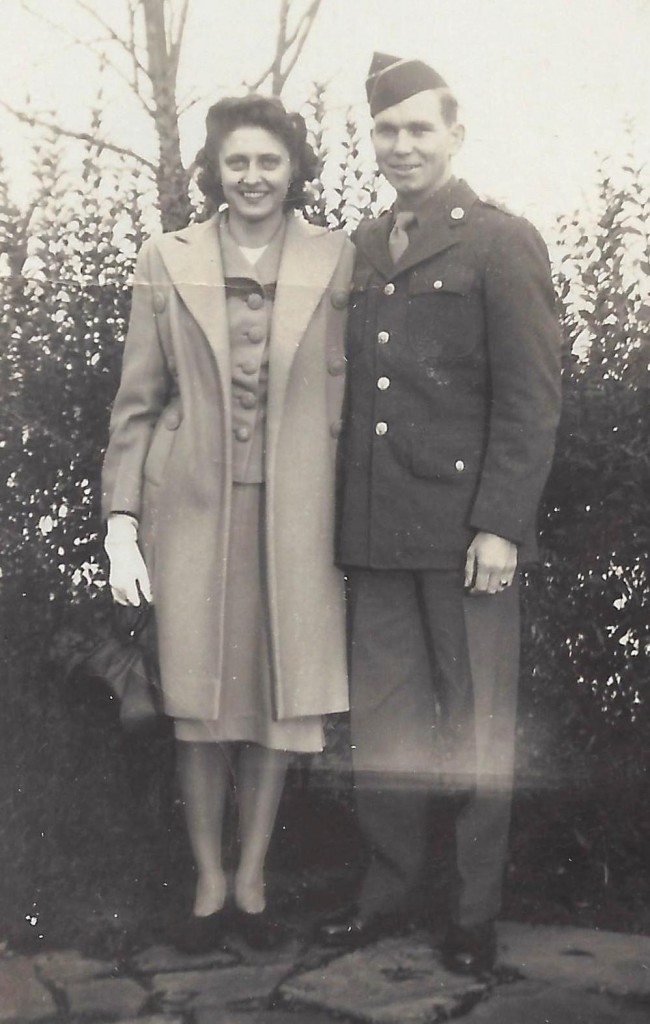 Harold appears to have arrived in Europe during late November or early December 1944.  He served as a rifleman in A-Company of the 60th Armored Infantry Battalion, 9th Armored Division. His unit fought in both the Battle of the Bulge and the Battle for the Bridge at Remagen. He was one of the first troops to enter the German heartland during March 1945 when he crossed the Ludendroff railway bridge at Remagen, Germany. He was killed in action in Aegidienberg, Bad Honnef, Germany on March 16, 1945.
After being reported missing the same day. The war in Europe would end 53 days later on May 8, 1945. He is buried at the Henri-Chapelle American Military Cemetery in Belgium. 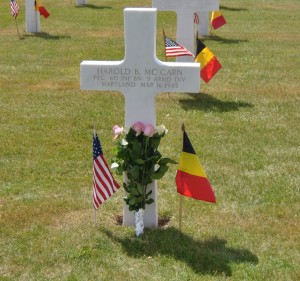